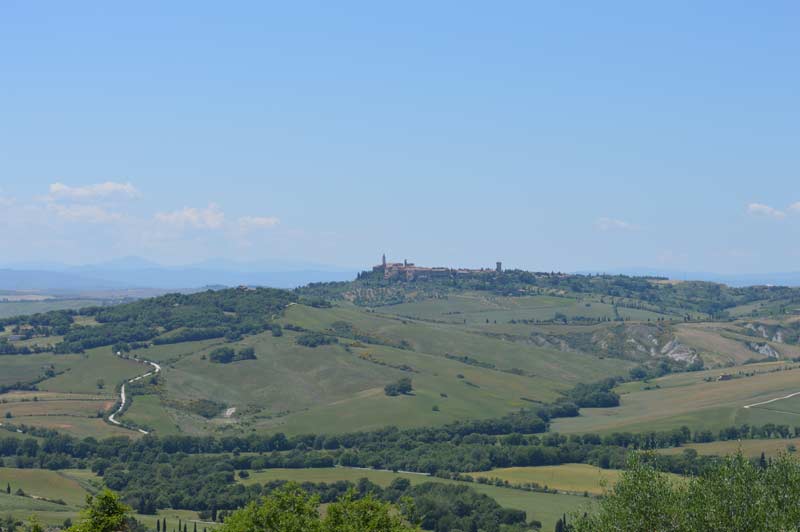 Montalcino is the next stop on our road trip and if you are a wine lover … then this is your paradise!

Having one wine tour under our belt, and a few days exploring the cantinas and restaurants in Montepulciano, we were starting to get a feel for Tuscan wines. Our next wine tour was booked previous to our departure by exchanging emails online with the lovely Laura Gray from Il Palazzone Estate Winery in Montalcino. That is where we’re headed!

After our morning cappuccino and brioche, we started off on our 45 min. scenic drive from Montepulciano to Montalcino. The drive itself is spectacular so have your camera ready …. scenic country roads winding through perfect vineyards, cypress trees, fields of red poppies and medieval villages atop hills. 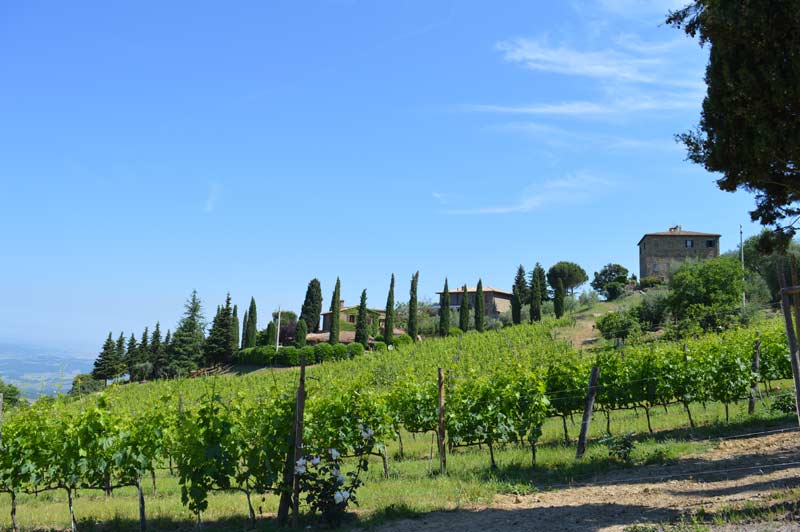 After a few times around the Montalcino roundabout (ever see the film European vacation?), a wrong turn into a farmhouse where the chickens greeted us, and a bit of backtracking down a dirt road with a cliff, we arrived at Il Palazzone! When we step out of the car we are literally in awe …. gentle slopes as far as the eye can see, dominated by the gorgeous vines that produce one of Italy’s most prestigious wines, Brunello di Montalcino.

As you can probably guess, our host Laura is not of Italian origin. In fact she is Scottish born, Oxford educated, a trained sommelier and is married to Marco Sassetti, born and raised just a few kilometers from Montalcino. Together they manage this small winery owned by prominent New Yorker, Richard Parsons, and share a passion and love for Brunello di Montalcino. Laura and Marco have three children and live on this stunning property. 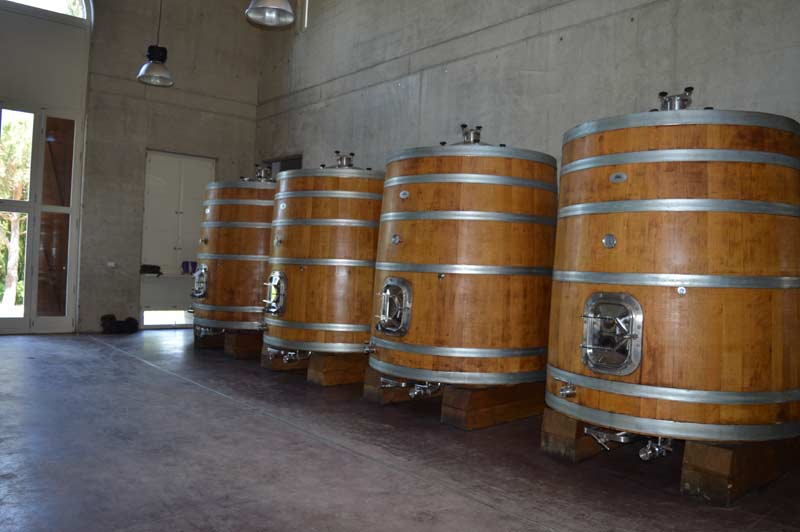 I purposely chose Il Palazzone after reading about Laura on another blog- Map it Out and thought that having a wine tour in Italy by an English speaking Scottish gal would not only be unique but also a welcome break for my man, who doesn’t speak Italian. Laura greeted us along with a young British couple who were touring as well, and proceeded to give us an informative, incredibly interesting and especially entertaining tour of the vineyards, production facilities and the beautiful cellar where Laura treated us to a special tasting of both the 2009 and 2010 Brunello di Montalcino which was just weeks away from its official release. 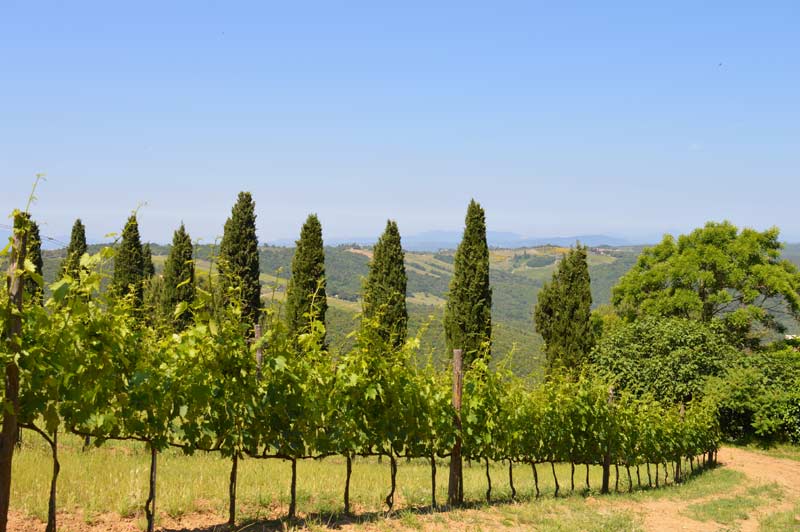 In 1980, Brunello di Montalcino was awarded the first DOCG designation in Italy. Most Brunello estates release their products in January of the fifth year after the harvest, but Il Palazzone waits to release the vintage for a further six to eight months and that’s after the wine receives at least forty months in wood. The current DOCG aging requirements were established in 1998 and dictate that Brunello must be 100% Sangiovese grapes and are to be aged in oak for a minimum of 2 years and at least 4 months in a bottle before release. Winemakers who intentionally stray from these rules and regulations can possibly receive a conviction of commercial fraud accompanied by an imprisonment sentence of up to six years. They are very serious about their wines! 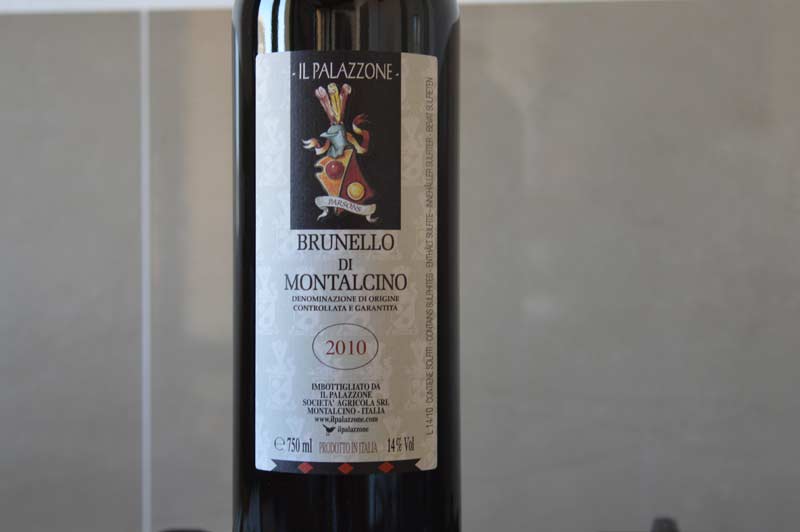 Of course we bought a few bottles of both the 2009 and 2010 to drink while on vacation and a few to bring back home and open at a later date as Brunello gets even better with age. I don’t know how long we will resist?

After the tour we said our goodbye’s and thanked Laura for her hospitality before driving the 2 kilometers to the centre of Montalcino. 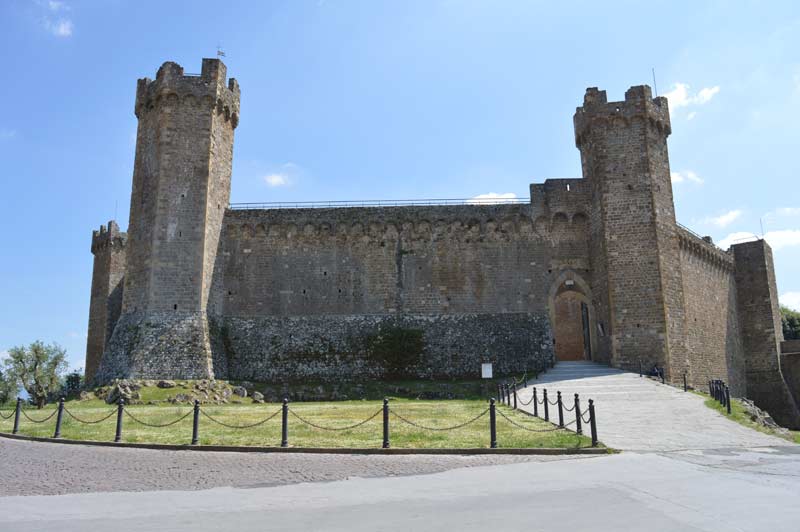 The town of Montalcino sits 567 meters above sea level and one of the first sights you’ll see upon arrival is the medieval fortress built in 1361. From this high point we were greeted by stunning views of the Tuscan countryside dotted with olive orchards, vineyards, fields and villages. 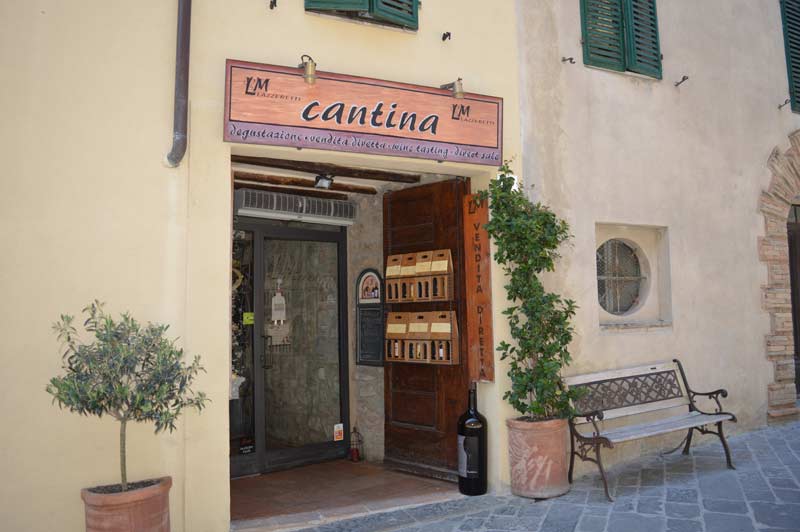 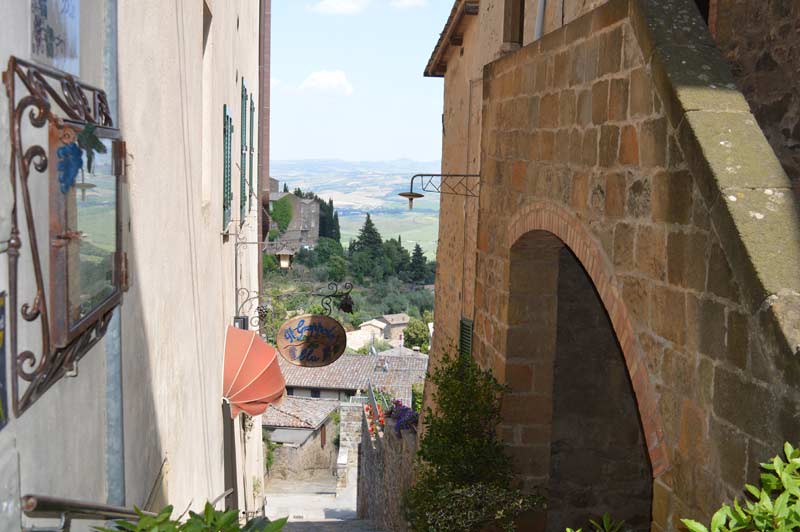 The town itself is quaint with plenty of wine bars, caffe’s, artisan boutiques and restaurants, perfect for a leisurely walk.

We chose Alle Logge di Piazza located in the Piazza del Popolo, for a typical Tuscan pasta lunch. Sitting outdoors under the gothic arches of a once public market and sipping on a glass of Brunello has to be one of our most memorable experiences in Italy … but then again … there are so many it’s hard to choose.

The drive back to Montepulciano was just as spectacular in the late afternoon light and we arrive just in time for our apperitivo! I love Italy! 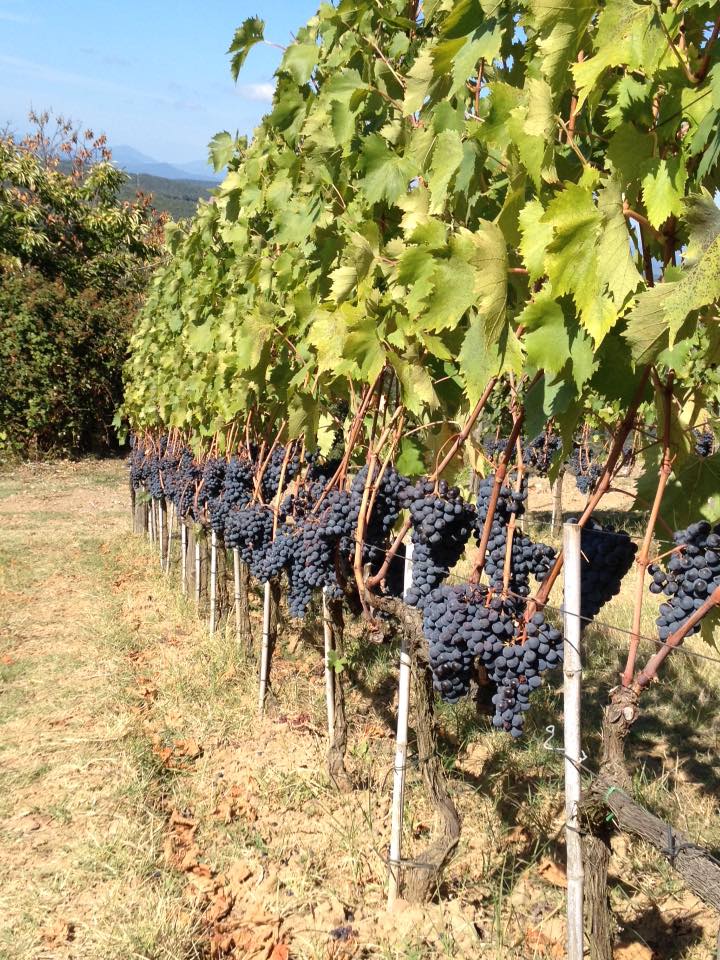 ps The 2015 harvest has just been completed at Il Palazzone and now the work begins. When we visited in June the grapes were just starting to show. After a long, hot summer, the predictions are for an excellent Brunello di Montalcino 2015. Good luck to Laura, Marco and the team … hopefully we will be back in 5 years to try it! 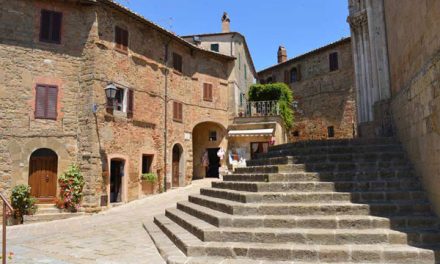 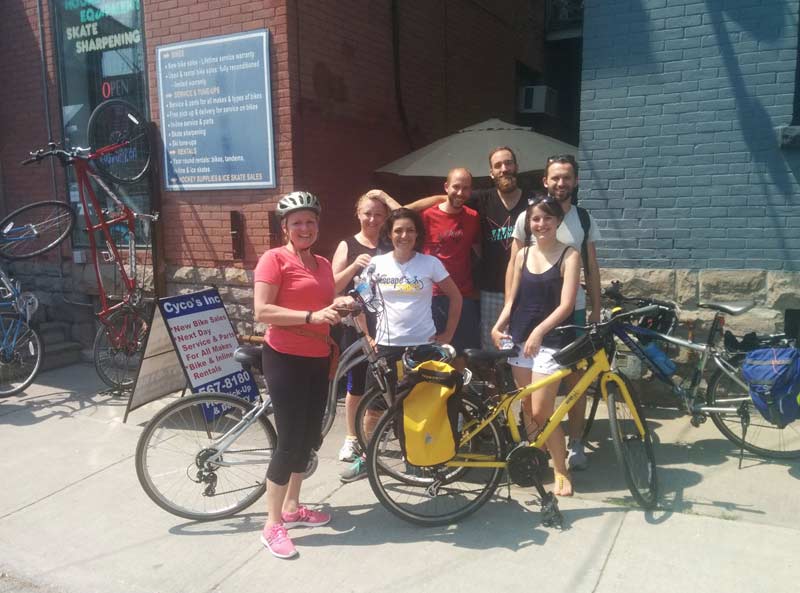 The Perfect Boomer Escape … Bike’n It! 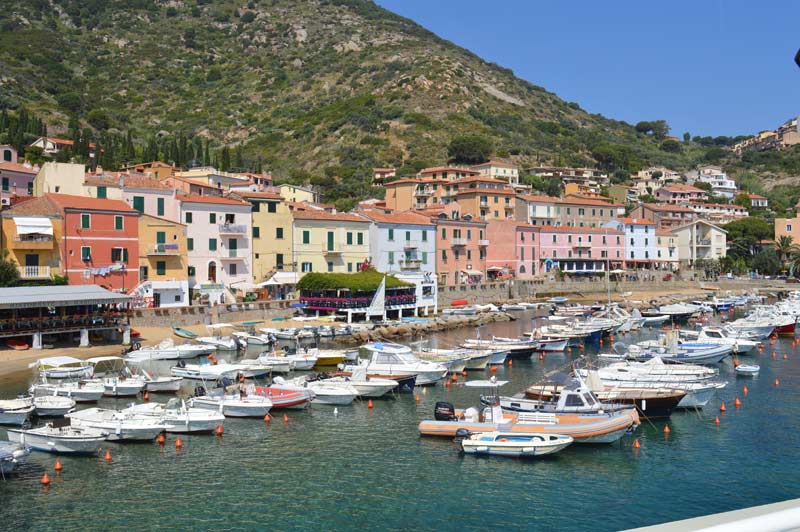 Back from La Bella Vita! Italy